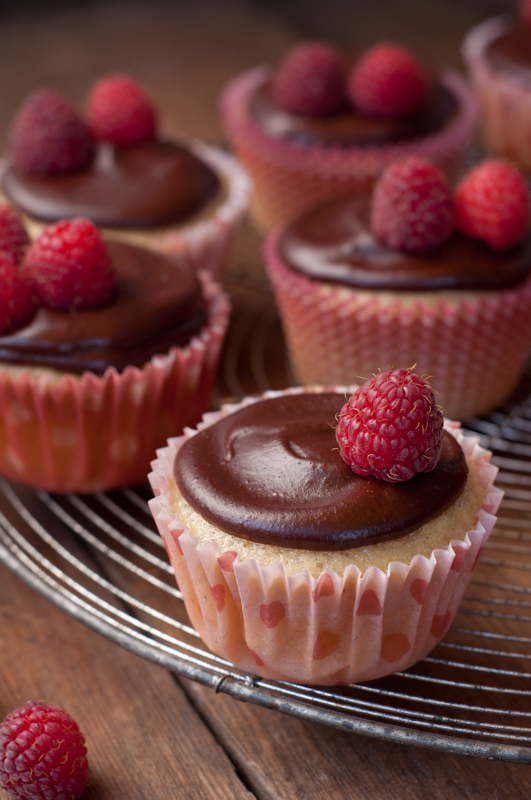 Lovely people. If you’re still out there, you have my heart. It has been forever and ever since the last time we were all here and I can’t tell you how much I have missed this place. I feel like so much has happened in the three months I’ve been away. It’s been a journey. 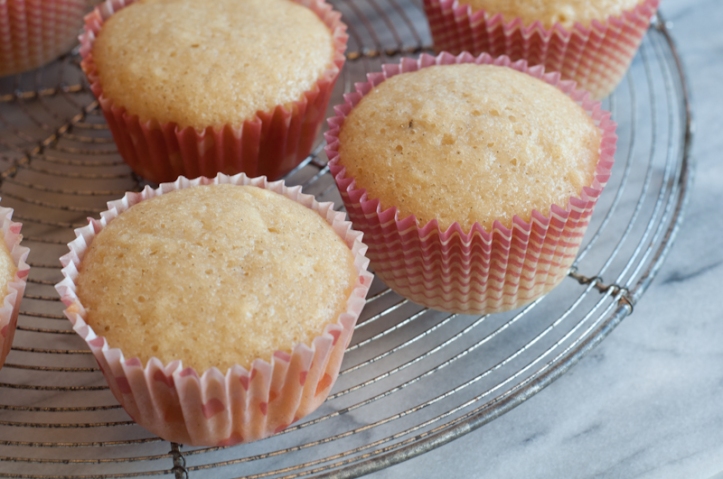 I wish I could say that I had gone away for three months traveling the world, doing fabulous things, but that just isn’t the case. I did sneak off to Montreal for a weekend in May, which was lovely and hilarious and full of deliciousness (poutine! and fois gras! oui!). I guess the best excuse for my extended absence is my move. I moved to Berkeley in the beginning of June. I didn’t go very far, about 10 miles, but it was a big deal move. It’s my first time ever being on my own, my first time living outside of the town where I grew up. It took me over a month to kind of sort of get it together. I spent the first few weeks slowly bringing things over from my parents’ (so. much. stuff.). Spent an obscene number of hours perusing the interwebs for home furnishings, obsessing over bar carts and throw pillows and pink sofas. Temporarily forgot how to cook for myself. It was rough in the beginning. I use to fantasize about living alone, but it got kind of lonely after the first week. I didn’t realize just how quiet it would be. I bought a small fountain just because I needed some ambient noise. I’m still figuring a few things out, but I absolutely love my place and can’t wait to share it with you. 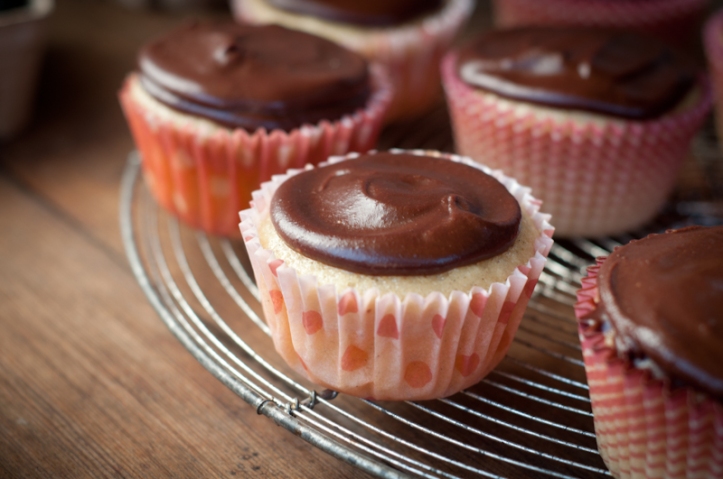 These cupcakes were the last thing I baked in my old kitchen, way back in May. My bestie had a birthday party, and I couldn’t show up without goodies in hand, even though she specifically told me not to bake anything (I know she was just being nice, and didn’t want me to be two hours late like previous years). And although I was already packing up my kitchen at that point, I really wanted to squeeze in one last baking day and one last shoot in that old space. So here we are, visiting the old kitchen for the last time. 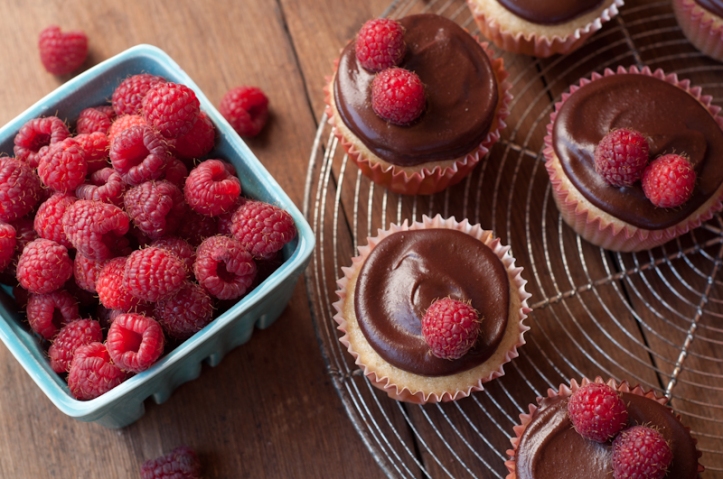 If you’re ever in need a solid vegan cupcake recipe, Isa Chandra is the source. I had something very simple in mind, and vanilla cupcakes and chocolate ganache are about as basic as it gets. I couldn’t resist the berries at the market that morning, and they were the perfect way to finish off these beauties. On to the next chapter… 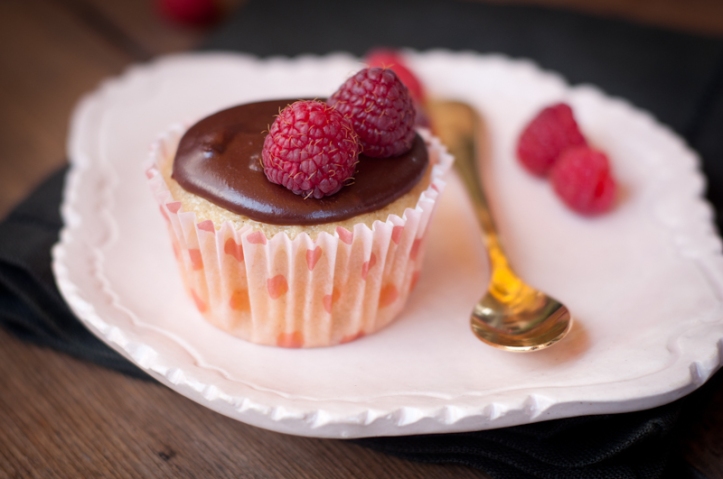 Whisk the almond milk and vinegar in a small bowl and set aside for a few minutes to curdle.

Sift the flour, cornstarch, baking powder, baking soda, and salt into a large bowl and mix.

Beat together the almond milk mixture, oil, sugar, vanilla extract and vanilla bean in a large bowl. Sift in the flour, cornstarch, baking powder, baking soda, and salt, and mix until no large lumps remain.

Fill cupcake liners two-thirds of the way and bake for 20 to 22 minutes. Transfer to a cooling rack to cool.

In the meantime, prepare the ganache.

In a small sauce pan, bring the milk to a boil and then lower the heat to a simmer and add the chocolate, Earth Balance, and syrup. Mix with a rubber spatula for about 30 seconds. Turn heat off, continue stirring until the chocolate is fully melted and the icing is smooth.

Let ganache cool for about 10-15 minutes. Dip the top of the cupcake in the ganache and then set them on a cooling rack. Alternately, you can spoon the ganache onto the cupcakes. Top each cupcake with a few raspberries and let set in a cool room for an hour or so, or place in the fridge to set.